While trying to decide on how I want to do the quilting on the “Orphan Pinwheels No More”, I pulled out my bin of scrap fabric that already has fusible web ironed to the back.  I made 2 Valentine mug rugs.  I actually made 3 but did not like one so it is in the scrap bin. I have a drawer full of a variety of bias tape so I wanted to use some for binding. I only made a little dent. 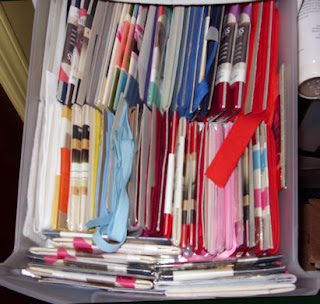 Note the very old package paper.  No telling how long I have had it or who had it before me.  After using the single fold bias tape on one, I decided it was too narrow. 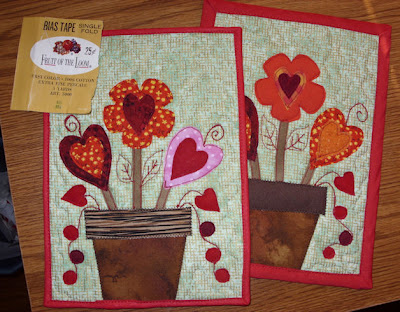 I found a different design I liked in Card Art: Create Treasured Greetings from Fabric & Paper by Susan S. Terry.   I adapted it a little and made 6 more Valentine mug rugs all from scraps. There was very little pink in my fusible bin so the variety of colored hearts was great.  I was tempted to buy some Valentine fabric that was on sale but instead used only my stash for the backs.   These all have 2 layers of cotton batting so maybe they could also be used as oven mitts. 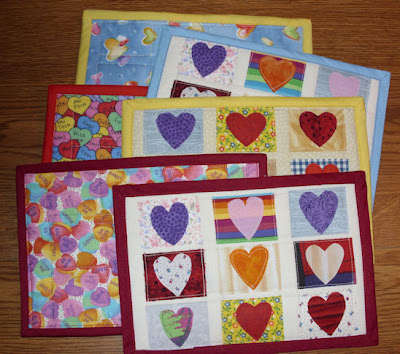 I’m still thinking about how I want to do the quilting on the next quilt.
Posted by Elizabeth at 7:06 PM